ARTICLE IN A NUTSHELL

1. Recent peer-reviewed studies support the effectiveness of specific key nutrients for the treatment and prevention of COVID.

2. Vitamins D, C, & A, Zinc, Glutathione/NAC, L-Arginine, and Quercetin are essential for optimizing an effective immune response to infections.

3. Nutrient therapy is safe and effective as well as inexpensive compared to current medical costs for most treatments.

Did your governor play upon the fear of the unknown with respect to COVID?

Did they tell you that treatments don’t exist despite the hundreds of millions of recoveries worldwide and more than 691 international peer-reviewed studies proving otherwise?

Since June of 2020, the Energetic Health Institute has been attempting to collaborate with state and county health departments to advocate for the issuance of evidence-based nutritional guidance to all citizens. Why governors have elected to ignore the scientific literature is deeply concerning when the evidence supports the existence of very safe and remarkably effective treatments. Since, the FDA will not allow us to say that treatments exist, we will provide you a glimpse of the evidence and let you decide for yourself.

Have the weekly, sometimes DAILY, briefings from state and local government officials regarding COVID-19 left you feeling exhausted, stressed and…confused? Yeah, us too. Somehow, they’ve found a way to say a lot without really saying anything at all, leaving citizens like you and I? with no real answers on what we can do to keep ourselves and our families healthy.

Well, we at the Energetic Health Institute, have done the research and are here to give you the answers they haven’t. It’s seven simple nutrients and zero confusion.

The FDA may not acknowledge the effectiveness of these nutrients as treatments or preventive measures, but the research does. We’ll present the information and let you decide for yourself.

B cells, T cells, and antigen presenting cells are major players in immune function and have special receptors for vitamin D, which helps regulate both innate (non-specific) and adaptive immune (specific) responses. Deficiency of vitamin D is associated with compromised immune function and higher risk of infection. Respiratory tract infections such as tuberculosis and influenza are highly associated with vitamin D deficiency. (1)

Many studies were and are still being conducted to investigate the effects of vitamin D in the prevention and treatment of COVID. An article published by The Journal of Clinical Endocrinology & Metabolism found that vitamin D deficiency was found in 82.2 % of COVID cases and that blood levels of vitamin D were lower in hospitalized patients compared to those that did not need hospitalization. (3) (4) (5)

"An article published by The Journal of Clinical Endocrinology & Metabolism found that vitamin D deficiency was found in 82.2 % of COVID cases and that blood levels of vitamin D were lower in hospitalized patients compared to those that did not need hospitalization."

Vitamin C is essential and because it is a water-soluble vitamin, it must be replenished daily to prevent deficiencies. Deficiencies of vitamin C can lead to severe illnesses and even death. (7)

The preliminary research on vitamin C with respect to prevention and treatment of COVID is in progress and the early returns are exciting. In fact, several studies report vitamin C shortens ICU stay and duration of mechanical ventilation necessary in critically ill patients. (8) (9)

In another study from March of 2020, intravenous vitamin C was given to 50 moderate to severe COVID patients. All 50 patients recovered without incident and on average 3 to 5 days faster than the standard of care control group which also reported several deaths. The average daily cost of treatment was only $12.00 to $24.00 US. (12)

Dr. Cheng, who led the research team, reported his findings on YouTube for the world to see, but within a month the video was censored and removed for violating YouTube community guidelines regarding COVID treatment. Yes, a licensed doctor, working in the Wuhan epicenter, who developed a safe and very effective treatment protocol, was censored during a global health crisis.

Vitamin A performs a variety of tasks in our immune system. This fat-soluble vitamin is needed for health of all mucus membranes such as sinuses, mouth, lungs, and the digestive tract.  Vitamin A also plays an important role in the production and functioning of certain immune cells such as macrophages and neutrophils, which act as a first line of defense and dendritic cells, which help the immune system recognize and fight specific antigens. Vitamin A also enhances secretory IgA protecting against pathogens. (13)

Deficiency of vitamin A impairs the repair of mucus membranes increasing the risk and severity of infections. The deficiency of this nutrient also lowers the function of the previously mentioned immune cells decreasing their ability to fight of pathogens and provide protection.  (14)

Vitamin A is essential for proper immune function. Deficiency in vitamin A and or any of the key nutrients will result in lower or compromised immune function and increase the risk of infection.

A report published by BMJ Nutrition, Prevention and Health concludes there is strong evidence that intake of vitamins A, E, and D results in the improvement of respiratory symptoms. (15) 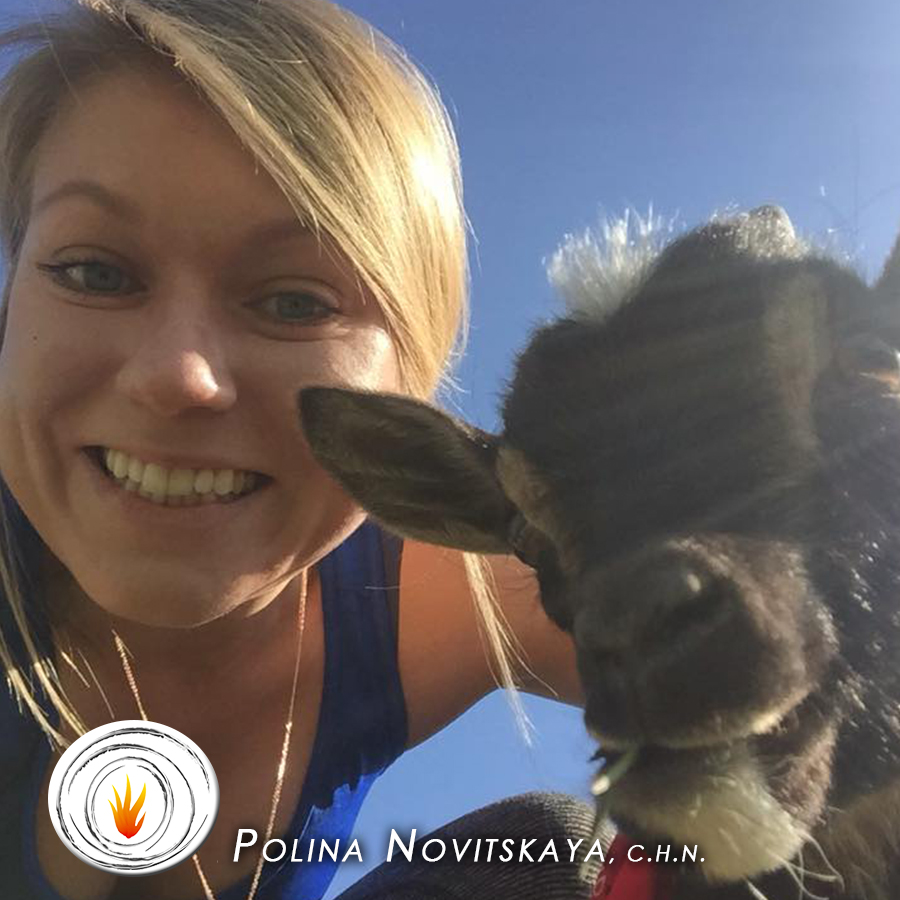 "Being a clinical dietitian, I could feel that conventional treatments were failing my patients. Deep down I always knew about the healing power of positive energy, natural diet, and supplementation. Now that I’ve learned so much about holistic nutrition and felt Energetic Heath first hand, I can wholeheartedly respond to my calling."

Zinc, like the aforementioned nutrients, participates in a variety of functions essential for Energetic Health. These functions include DNA and protein synthesis, macronutrient metabolism, wound healing, enzyme function, and immune function. This micronutrient is responsible for the growth and maturity of numerous immune cells that protect against infections.

Deficiency of zinc can lead to serious dysfunctions of the immune system because zinc can also act as an antioxidant. Zinc is essential for the activity of a series of enzymes instrumental to rapid immune response for the clearance of opportunistic pathogens. (16) (17)

Research has proven that zinc accelerates recovery time during the common cold which can be cause by a variety of coronaviruses. (18)

Quercetin is a potent antioxidant with the ability to improve memory and help reduce oxidative stress and inflammation in the body. Quercetin is used to reduce symptoms of allergies, to improve cardiovascular health, to improve blood sugar regulation, reduce inflammation, and some studies suggests its cancer fighting properties.

Quercetin is a zinc ionophore that help both the absorption of zinc into the body as well as the absorption of zinc into cells dependent upon it for enzyme production. Additionally, as a potent antioxidant, Quercetin is an equally potent anti-bacterial and antiviral nutrient that is particularly essential for respiratory and cardiovascular infections.

Although more research is necessary for specific information about quercetin and COVID, there is strong evidence showing the potential benefits of this nutrient. Quercetin is recommended to be supplemented in combination with vitamin C for better absorption and improved synergistic function. (19) (20) (21)

Reverse Osmosis (RO) is a water purification process that uses a semi-permeable membrane to filter out unwanted elements such as contaminants and sediments including chlorine, salt, dirt and some micro-organisms. It is an effective form of filtration that can reduce Total Dissolved Solids (TDS) by more than 99.9% by purifying water down to a molecular level leaving mostly pure H2O. RO systems demineralize and decontaminate the water with three basic stages of filtration: [1] a sediment filter, [2] carbon filter, [3] semipermeable membrane. (12)

If you live or travel in areas where clean water is an issue, RO filtration systems are a good option, but do come with some precautions.  First, RO systems have no way to differentiate between “bad” contaminants and “good” minerals.  Therefore, while harmful contaminants are being removed, so are necessary trace minerals that our bodies need to stay healthy like iron, manganese, potassium, sodium, zinc and bicarbonate.

Research conducted in 2014 shows that cooking with demineralized water can reduce the amounts of minerals found in whole foods. (13)

Additionally, the research states “RO has a definite adverse influence on the animal and human organism.” It also mentions that “the potential for adverse health effects from long term consumption of demineralized water is of interest not only in countries lacking adequate fresh water but also in countries where some types of home water treatment systems are widely used or where some types of bottled water are consumed.” (14)

Some independent studies have shown adverse sustainable effects, stating that RO home water systems use a considerable amount of energy and water.  Due to advances in the efficiency of energy recovery, there are more sustainable RO home systems available on the market.

Municipal tap water typically originates from a treatment center and before that, a reservoir.  Some of the most common contaminants that remain in our tap water after treatment include aluminum, arsenic, copper, iron, lead, pesticides, herbicides, uranium, and more. (22)

Each of these contaminants poses dangerous side effects. For example, consumption of too much copper can lead to liver damage and kidney disease. Lead, which transfers into the water as the water travels through the pipes to your home, can have life-altering effects on developing children (failure to thrive, anemia, impaired neurological development), pregnant woman (causing premature birth and stunted fetal growth), and adults (reproductive dysfunction, decreased kidney filtration, and cardiovascular disorders). (23)

Several cities are plagued with lead-infested water, including Flint, Michigan, where city officials outright neglected the health crisis and still have yet to resolve it. Other cities including Pittsburgh and Milwaukee have had challenges with lead in their water supply. Some of the most contaminated water is often found in low-income rural areas, including areas of Oklahoma and Texas. (24)

Cities and U.S. Environmental Protection Agency (EPA) are required by law to provide you with safe drinking water. Most municipalities publish an annual water quality report or consumer confidence report (CCRs) that gives detailed information about the quality of your drinking water during the past year. Water quality reports help you identify if there are contaminants present in your city’s tap water and how these may affect your health.

You can find this information through the EPA Drinking Water website or by contacting your local municipality to obtain the most recent reports, where the truth is often hiding in plain sight. (26)

It’s clear that several variables need to be considered before committing to a specific water source for our daily hydration needs. Clean, mineral-rich water is integral to wellness, and is especially important to households with developing children. Without a doubt, drinking tap water exposes you to chemicals and contaminants.

Moriah Mor is a Certified Holistic Nutritionist and the owner of GreenSilk.com, a company committed to helping people live a healthier lifestyle through education, nutrition, life science research, and the development of Professional High-Grade Premium health products.

Recognized for her outstanding dedication and contributions to the health and wellness industry for more than 18 years, Moriah is a graduate of the Energetic Health Institute and the University of Southern California. She is a focused researcher investigating the latest scientific breakthroughs in the holistic health field. She is currently pursuing her Doctorate in Natural Medicine. 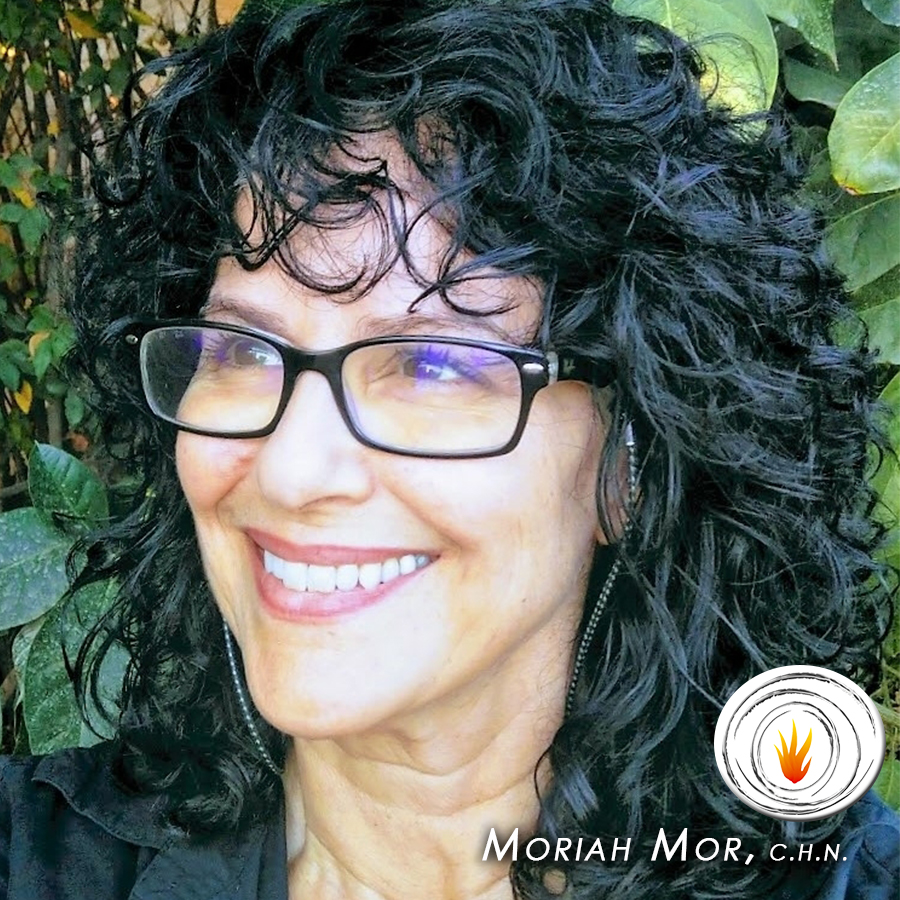 This Incredible Vitamin Influences Everything From Great Moods To Effective Immunity.

Can Your Get A Therapeutic Amount Of Vitamin C From Foods Alone? Find Out!

To Help You Survive
Your Governor. 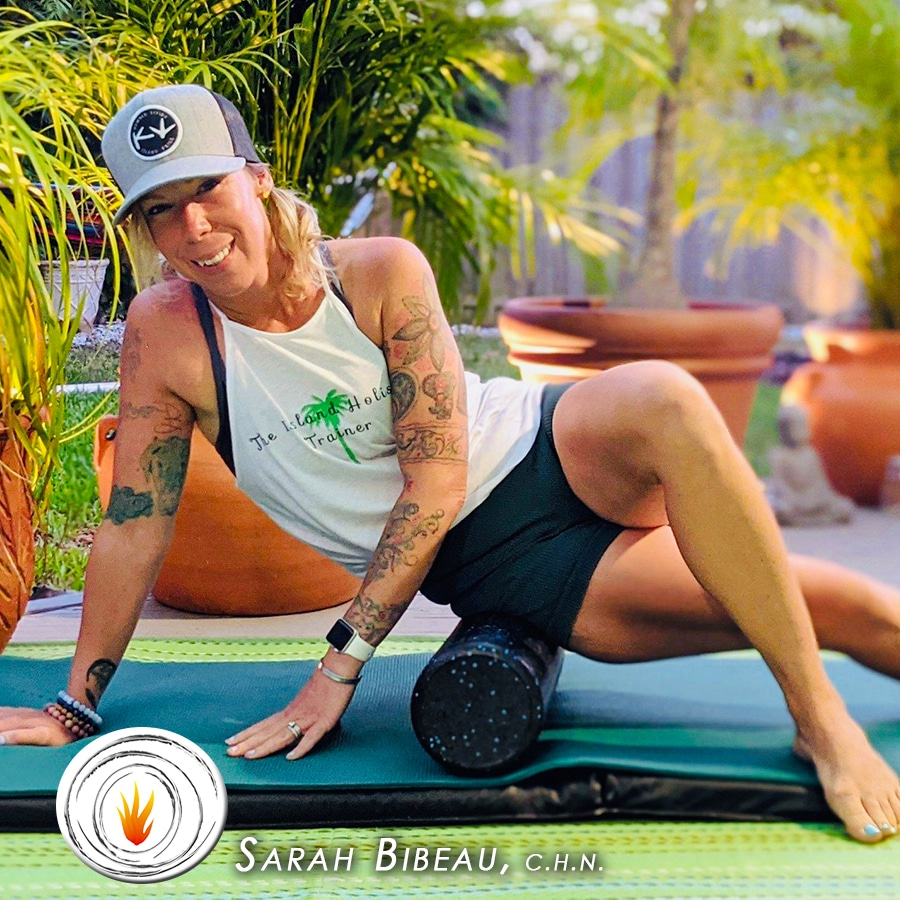 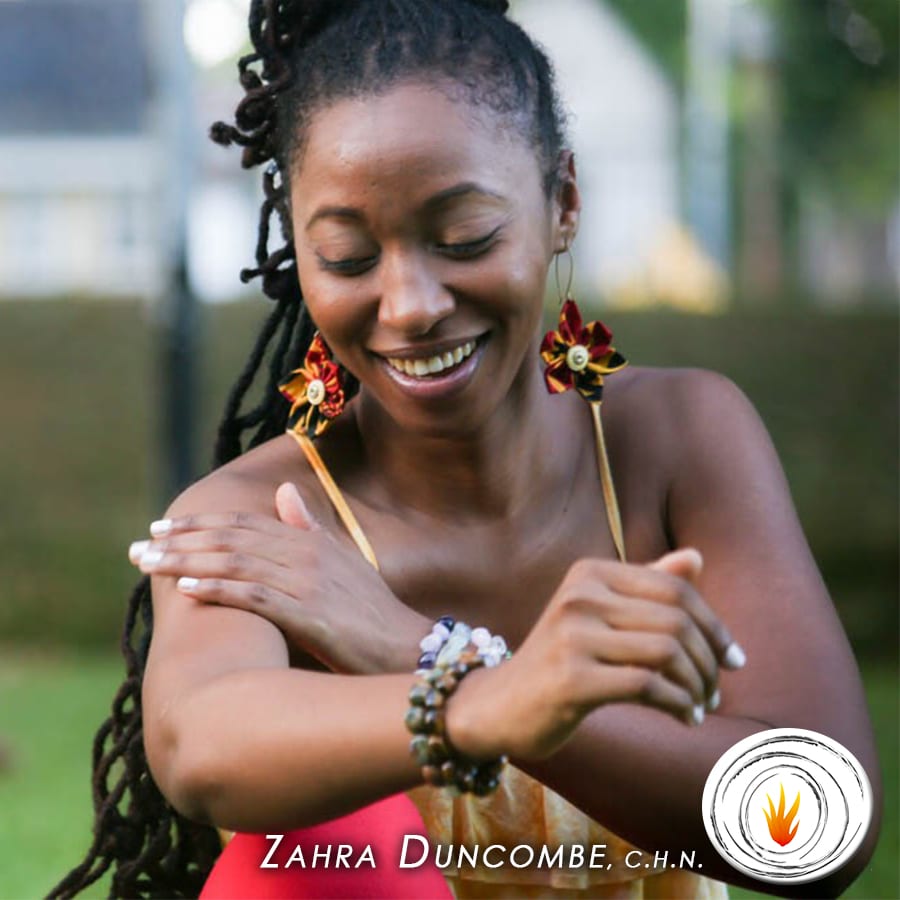 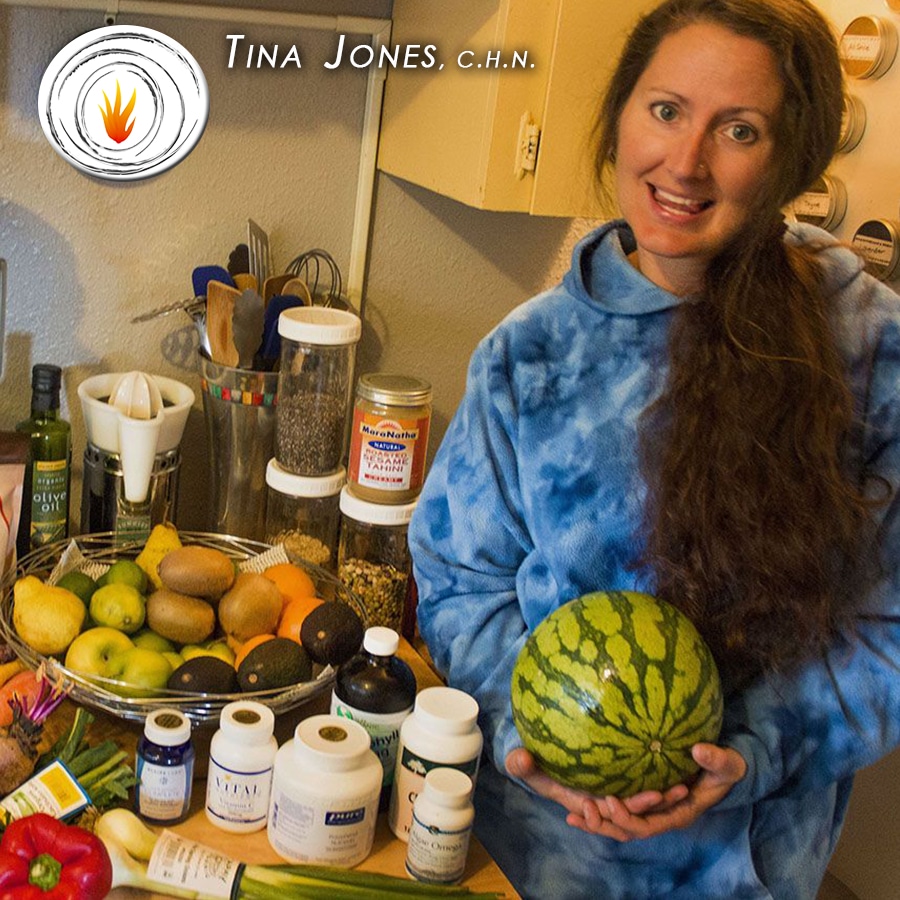 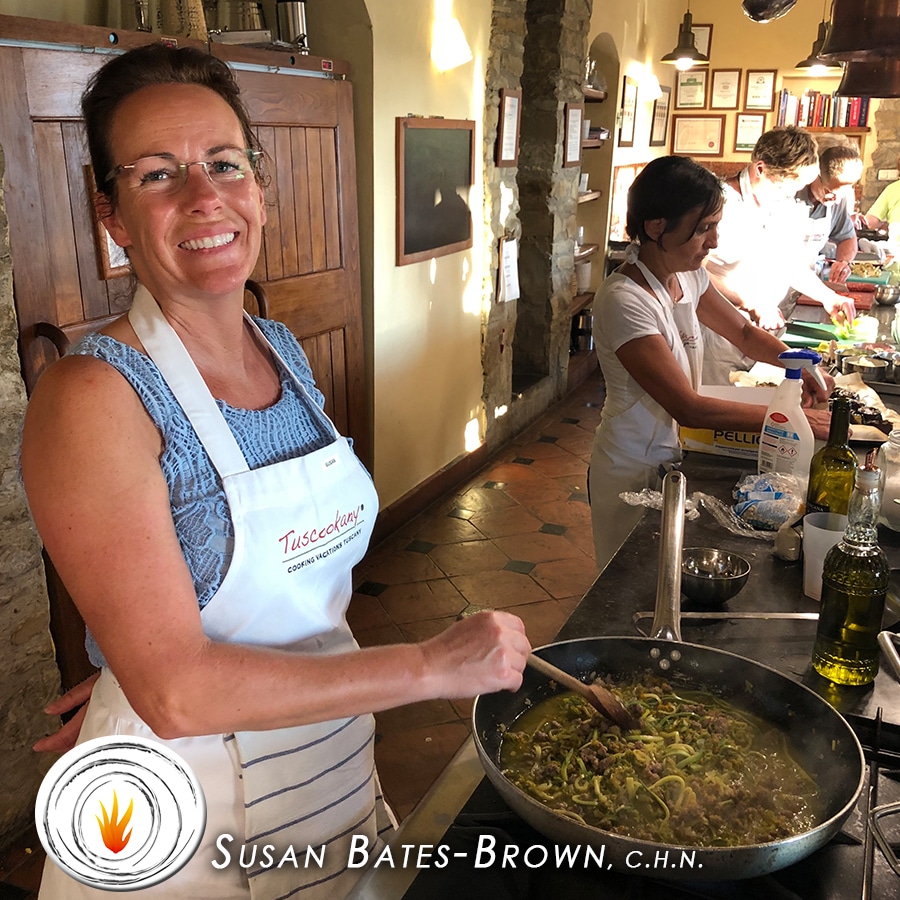 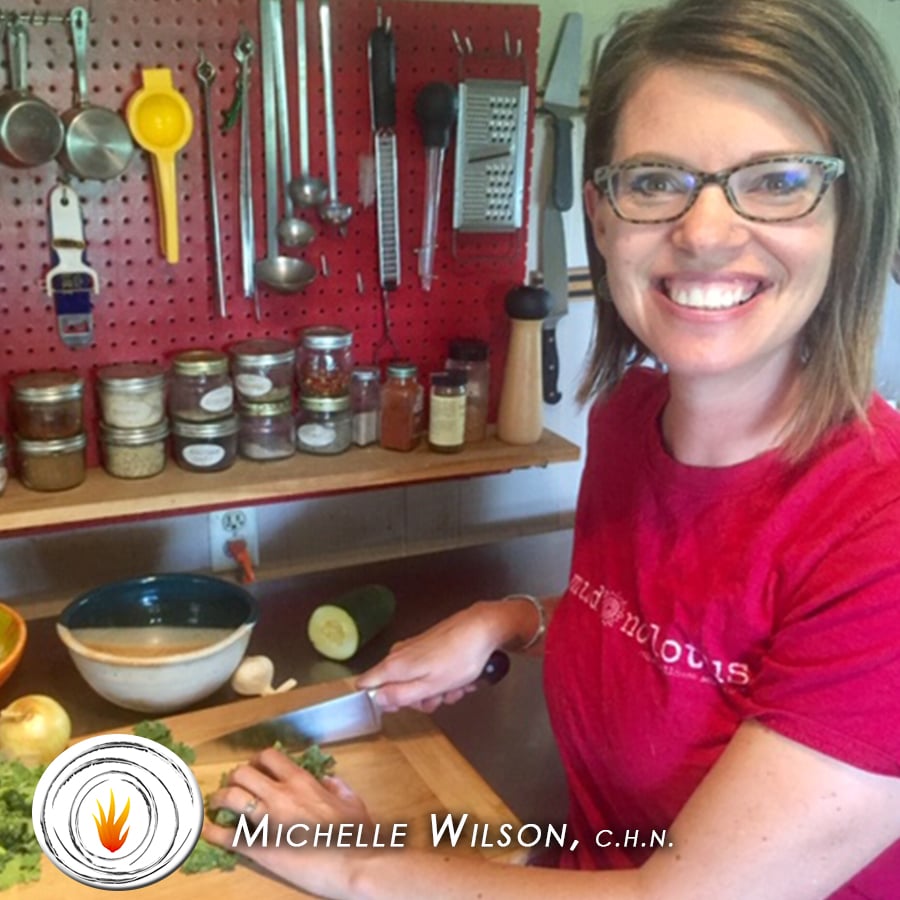 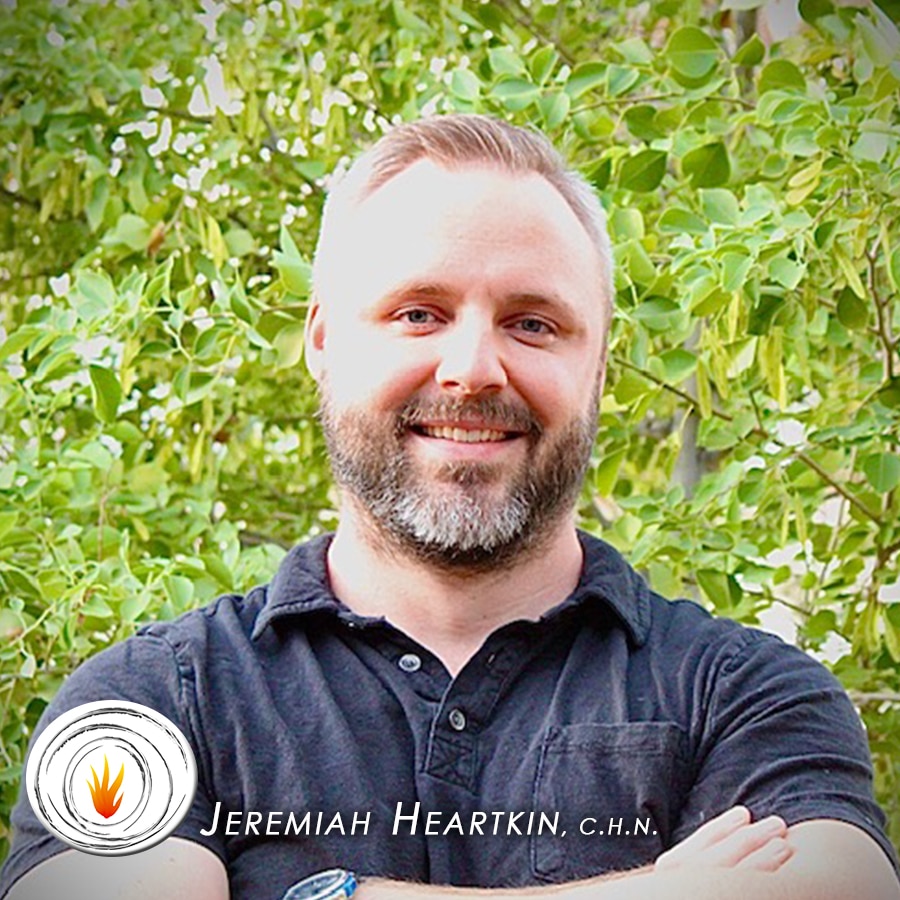 Keep In Touch 1 Email A Week Always Worth Opening

Emails That Will Make You Feel Happy & Hopeful. Quick Reads. Uplifting Podcasts. Always Interesting. Amazingly Helpful Too. Get 1 Email Each Week That You’ll Love To Open.

***In a transparent effort to be in full compliance with the US Food and Drug Administration (FDA) and Federal Trade Commission (FTC) regarding prevention, treatment & deceptive practices (15 U.S. Code § 57b & Section 19 of the FTC Act), we are required to notify you that the information presented on this website is a collection of peer-reviewed empirical evidence, but has not yet been evaluated by the FDA for safety & efficacy. None of the information provided is intended to replace the care and supervision of a qualified licensed medical professional or the legal advice of licensed attorneys. Additionally, in full disclosure, we do not endorse any products, companies or services.***